Do you have a deep feeling inside your guts that something is just not right?

Can you tell by what’s going on in your life?

Do you see inconsistencies?  Do you see things repeating themselves again and again?

When things are repeated for us it’s because we have not learned the lesson we were supposed to from them the first time.  If you are starting to see or feel this uncertainty in your life you may be reaching the ceiling of your world view.  It could be time for a change of paradigm.

Maybe you are ready to make the quantum leap in your life.  It’s time to step out of the psychological box you have found yourself in.

It’s been almost 100 years now since the science of Quantum Physics was discovered.  It was initiated by the work of Albert Einstein, Max Plank and Robert Koch.  Einstein got all the public adoration.

Imagine that the information that was realized by just a few men 100 years ago is now becoming mainstream.  Imagine that it took 100 years for an idea that has monumental ramifications in the understanding of life as we know it to be received and understood by we the lay people.

That is the magnitude of the idea that quantum physics brought to our world.  The effects of that work have been unknowingly influencing every aspect of our lives ever since.

The incredible progress in technology and design that has occurred in the past century are owed to the understanding we are realizing from the study of Quanta.

If you have a feeling that you are missing something…  It’s likely here that you will be able to find your answers.

Are you one of those people who has a hard time with other people’s ideas or opinions that are in direct opposition of yours?  According to Quantum Physics you may need to be a little less attached to life as you know it.

Maybe things aren’t exactly as you think they are.

…And is that such a bad thing anyway?

If you aren’t full-filled with things as they are now then wouldn’t it be great if there was an alternative view that could settle all of that for you?

No one can make you change your mind.  Only you can do that.

Here is a little scientific evidence that indicates that you may need to let go at least a little bit of your current understanding.

Most people see things as either black or white.  They either fit in this hole or that one.

At the turn of the 20th century the scientists in the world of physics were finally able to look closely at atomic particles. Now we had microscopes and scientific experiments that allowed us to actually look at aspects of ourselves and our life that previously invisible to the naked eye.

Plank, Einstein and Koch were all studying light and its behavior.

The scientific community was divided.  Up until the turn of the century light was thought to travel in waves.  Numerous scientific studies had demonstrated that fact.  Building on previous research Plank, Einstein and Koch were studying the behavior of electrons and were collecting data that was in direct opposition to the wave theory.

Up until this point in our history we were always able to explain all of the forces and realities of our physical world.  Why would there be a break down in this consistency when observing these little tiny atomic particles?  The scientists needed to change their paradigm.  They needed to step outside of the box.  The realizations that they made have changed our world view forever.

We all need to realize this.

The scientists saw that whichever experiment they tried always supported the outcome they expected.  If the experiment was arranged to demonstrate light moves in waves then that is what was found.

If the experiment was set up to measure the particle theory then the light would behave like particles.

How could this be?

Science was finally starting to realize the truth that has been keeping us apart for all of human existence.  The fact that light can be either a wave or a particle completely changes our understanding of reality.  Between Plank, Einstein and Koch a quantum leap in understanding was made.  Whatever we search for we will surely find.

The scientists realized that whatever they wanted to realize with their experiments they would realize.  Their intentions affected their results.  Do you see what that means?  It means that you have incredible power and ability inside of you.

It means that the things that you think about and focus on have tremendous effect in what transpires in your lives.

It means that whatever someone else thinks or believes really doesn’t matter or affect you too much.

It’s what you think or believe that really matters.

Don’t get to worried about your different opinons with anyone else.

Don’t worry about trying to get someone to see things the same way you do.

We all have different opinions because we all come from different experiences.

Stop talking about what you have believed before.

Start thinking and talking about what your intentions are now.

Going forward how do you want things to be?

Be the changes you want to see in the world.

Watch the video below about the Quantum Leap when you get a chance.

If you want some more details about my training program, my nutrition program or my summer special you can get them all at the link below:

Get All The Information You Need About Hi-End Fitness Here

If you want to talk about making a Quantum Leap in your life send me a personal message here:  john@hienfitness.com 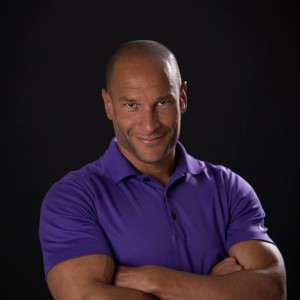